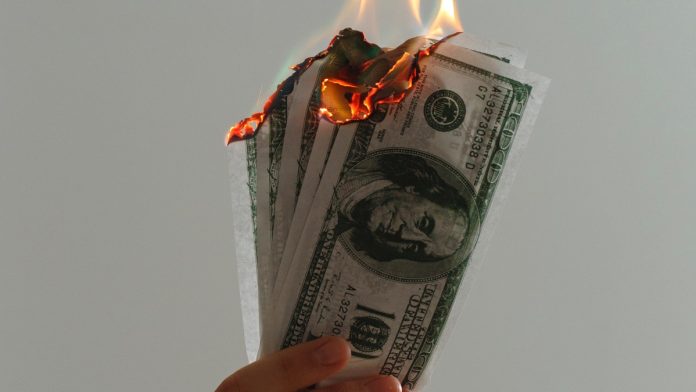 Billion-dollar sums have just been taken from the e-pockets of hundreds of thousands of investors. Yet, in the old marble halls of the US Capitol, crypto remains the queen that no one can touch.

After the cryptocurrency exchange FTX went down earlier this month, a few lawmakers are waving red flags or at least holding them up. Even though hundreds of millions of dollars worth of happiness, retirements, and even basic health care were wiped out in the blink of an eye by a clever bro, Congress is cool, calm, and, well, stupid as a group.

Bernie Sanders, an independent US senator from Vermont who plays a Democrat every four years, says, “I don’t really know that much about it.”

“I don’t really understand the technology,” says Josh Hawley, a Republican US senator from Missouri who is interested in technology.

The Democratic leaders in the House seem to be on the same page, even if it is an old one. When asked what he was going to do about the volatile world of cryptocurrencies after FTX went down, US Representative Hakeem Jeffries (D-New York), who is chair of the House Democratic Caucus and is thought to be the next leader of the House Democrats, kept quiet. “Well, I think that’s a problem that the Financial Services Committee will probably look into,” he says.

Talking to lawmakers, it seems like Congress is still trying to figure out what “money” is, even though most of us have moved on from Congress and keep asking when we’ll get our money back, whether it’s digital or not. Even though crypto is falling right now, Jeffries and many other powerful party leaders say there’s still time to waste.

“I think we’re going to work through a lot of problems, and I can imagine that the situation in the cryptocurrency industry will be one of them in the future,” Jeffries says.

US senator Cynthia Lummis (R-Wyoming) says that Congress was caught off guard by the rise of cryptocurrencies and the risks that come with them.

Lummis says, “I think a lot of people in Congress have thought that the digital asset industry could be put on hold because it’s still young.” “It’s growing more quickly than most people realize. Now that Elon Musk has said he might use Twitter as a way to accept payments, this industry is much more developed than most people think. Time is up. It’s time to set some rules. It’s time to make some changes.”

Lummis is not just a Republican, though. Wyoming wants to be the “crypto capital” of the United States. She was a member of the House Freedom Caucus from the beginning. She has moved toward MAGA in recent years, just like the caucus as a whole. However, her libertarian views are still strong, and crypto is the best thing since sliced gold bars for the laissez-faire Lummises of the world.

Even though Lummis is against regulations, she has been one of the first to call for them, even though “regulations” is still a four-letter word in most Republican circles. At the very least, she wants bumpers.

“There will still be companies that deal in digital assets that fail after they’re regulated, but at least we’ll have consumer protections and reporting, and the most important thing is to keep the customers’ assets separate from the financial institution’s assets,” says Lummis. “What happened with FTX is that they lent out the assets of their customers.”

This summer, Lummis, a libertarian, worked with Kirsten Gillibrand, a liberal US senator from New York, to get rid of the Responsible Financial Innovation Act. This bill promised “a complete regulatory framework for digital assets,” but it was dropped.

It wants to draw a line between securities and commodities, giving the Commodity Futures Trading Commission (CFTC) more power to regulate cryptocurrencies. It would also set up a committee to help lawmakers and regulators figure out how to deal with the constantly changing and confusing new world of digital currency.

In the last few decades, Congress has been slow and hasn’t passed a comprehensive law to protect Americans’ digital assets, including our private secrets, like our decisions about having children. This is despite calls from both parties to change America’s digital norms. The Senate just found out that the most popular apps, like Facebook and YouTube, get their money from ads. Some people in Congress still use flip phones. Chuck Schumer comes to mind. That’s probably why this Congress isn’t a crypto Congress, even though there are lots of anti-regulation forces, from Bernie Sanders’ right to Donald Trump’s left.

Rand Paul, a US senator, says, “It’s a very volatile market.” “Most people who invest in it probably know that.” The Republican from Kentucky is one of the few US lawmakers who really knows what’s going on in the crypto world. He is against government regulation.

“I’m still interested in some things that might happen there but haven’t yet. Paul says, “I think there might be a place for stable coin in the future, where the coin is backed by something real, to maybe compete with credit cards and be another way to exchange money.” “When the government regulates something, it usually makes things worse.”

Some politicians are all in on crypto, but others aren’t so sure.

“Crypto fortunes are not what they seem to be. “It was built on a lot of corruption and backroom deals,” says Elizabeth Warren, a Democrat from Massachusetts. “We’ve needed rules for a long time, but Congress hasn’t done anything about it.”

Warren thinks that what is needed is “comprehensive legislation that is not written by the government itself. It’s important that regulators have the tools they need to stop problems like the one that just happened in FTX, as well as other types of fraud and deception.

Cory Booker, a Democrat from New Jersey, sees the issue as black and white. “In crypto, there are more Black people and people without college degrees than there should be,” says Booker. The Democrat and Lummis both look at it from the point of view of the customer. But Wyoming is not like New Jersey. In the end, though, it doesn’t matter where you are. Anyone in any place can invest in cryptocurrency, and anyone in any place can also lose everything in cryptocurrency. That can’t happen with American banks, so these lawmakers want at least a certain amount.

Lummis says, “We need to have a base.” “There needs to be a floor, and if things get too regulated and we lose innovation because of it, we’ll cross that bridge when we get to it.”