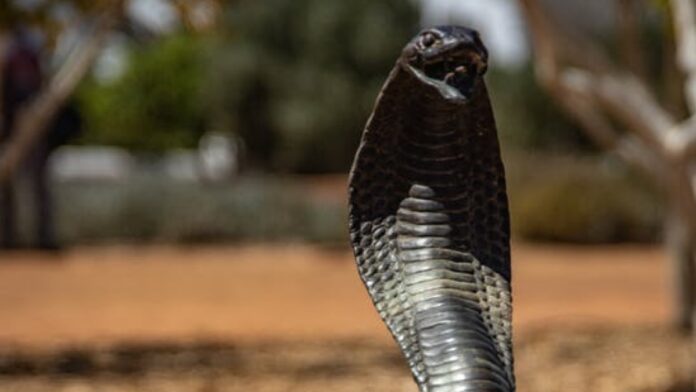 According to multiple reports, a woman in India recently threatened health officials with a giant snake in an attempt to avoid receiving the coronavirus vaccine. The incident was videotaped and later shared on social media.

According to IBTimes, the incident occurred in Ajmer, Rajasthan, India. A medical team was conducting a door-to-door vaccine drive in the Nagelav village when Kamla Devi emerged from her home carrying a massive snake.

Devi, an alleged snake charmer, refused to receive the vaccine for unknown reasons. According to Times Now News, she threatened to use the snake as a weapon against the officials if they attempted to administer the jab.

Of course, Devi isn’t the first Indian villager who has gone to great lengths to avoid the jab.

According to Newsweek, residents of the Sisodia village in Barabanki “fled their homes” when a medical team arrived to administer vaccines in May.

“We arrived in the village with a medical team to vaccinate the residents. Many of them, however, fled as soon as they saw us approaching. They jumped into the river when we tried to stop them “According to the Times of India, sub-divisional magistrate (SDM) Rajiv Shukla stated.
Learn more here.

In May, a man in Tamil Nadu’s Tirunelveli district was arrested after posting a video of himself eating a snake on social media. According to India Today, the man believed that eating the snake would help him protect himself from COVID-19.

The officials in the Nagelav village were terrified of Devi’s snake, but they remained at her door and talked to her about the importance of the vaccine.

Residents in the area rushed to witness the heated exchange and were reportedly asked to assist Devi in persuading her to take the vaccine.

She and her family finally agreed to get vaccinated after hours of back-and-forth.

According to Times Now News, the medical team also administered the vaccine to 20 other villagers.

According to the New York Times, there have been 34,067,719 reported cases of COVID in India since the start of the pandemic. The paper also stated that 452,124 Indian residents have died as a result of the virus since the outbreak began.

According to the Times, 20% of Indian residents have been fully vaccinated, while 51% have received at least one dose.