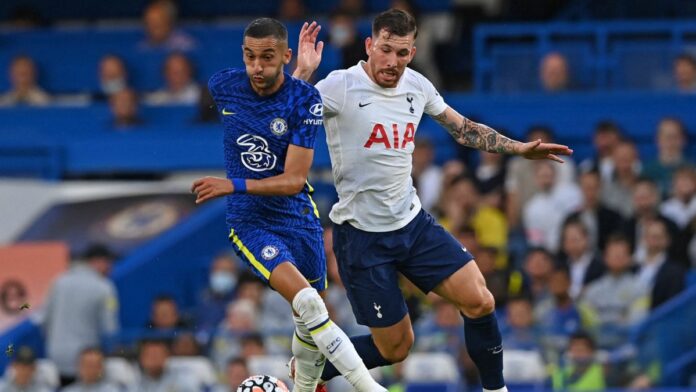 Tottenham Hotspur have everything to play for in their Carabao Cup semi-final second-leg game with London rivals Chelsea. After a terrible first-leg at Stamford Bridge a week ago (2-0).

Given the history of this competition, it would be a dramatic reversal if they were to book themselves into the final event at Wembley.

Only Aston Villa in 1993/94 made it to the final despite losing the opening leg by more than a goal!

Thee hosts may be confident in their ability to pull off a miraculous comeback. This is especially true if the game is still in the balance as it enters the final phases.

As their three late goals against Morecambe in the FA Cup on Sunday marked the fourth time in six competitive home games that they had scored at least once after the 70th minute. Chelsea should be confident in their ability to win this match.

They have a formidable record of progressing from each of their last 13 two-legged ties when leading from the first leg.In addition to their two-goal lead.

They’ve also won all four of their previous competitive encounters against the North Londoners (W3, D1).

While all of this should give Thomas Tuchel’s side a psychological advantage. It’s worth recalling that Chelsea have only won one of their last five League Cup away matches against Tottenham (D2, L2 – 90 minutes only).

As a result, they shouldn’t be overconfident in their approach to the second leg of the semi-final.

Tottenham’s Harry Kane scored his last home goal against Chelsea in the competition’s semi-final in 2019. (W 1-0).

Tuchel has a perfect record (W5) versus Spurs, scoring 11 goals and conceding only once in those five matches.

Tottenham are still without Cristian Romero and Son Heung-Min, while Steven Bergwijn, who has been linked with a move to Ajax. Is still a doubt after failing to make the team for Sunday’s FA Cup win against Morecambe.

Due to the absence of Eric Dier, Japhet Tanganga, Davinson Sanchez, and Ben Davies will likely start in a three-man defense once more.

Giovani Lo Celso was the standout performer against Morecambe, and he could be rewarded with a starting spot on Wednesday.

Reece James, Trevoh Chalobah, and Ben Chilwell are all out due to injury, while Edouard Mendy is with the Senegal national team for the AFCON.

Thiago Silva and N’Golo Kante have both been on the sidelines recently due to positive COVID-19 tests. But they could return for the London derby on Wednesday.

In the first leg, Thomas Tuchel’s team started with a four-man backline. But he may switch to a three-man defense this time.

Tottenham must work hard if they are to reach the Carabao Cup final. Spurs’ 2-0 loss at Stamford Bridge last week was disheartening. But they at least bounced back with a 3-1 FA Cup triumph over Morecambe.

Chelsea has a chance to advance to the final, but they must stay focused on the task at hand.

They’ve won three of their last four journeys to north London. With their one loss coming in the Carabao Cup, albeit on penalties.

Tottenham will be up for it, but Chelsea have the tenacity to see out the second leg and qualify for the Carabao Cup final.