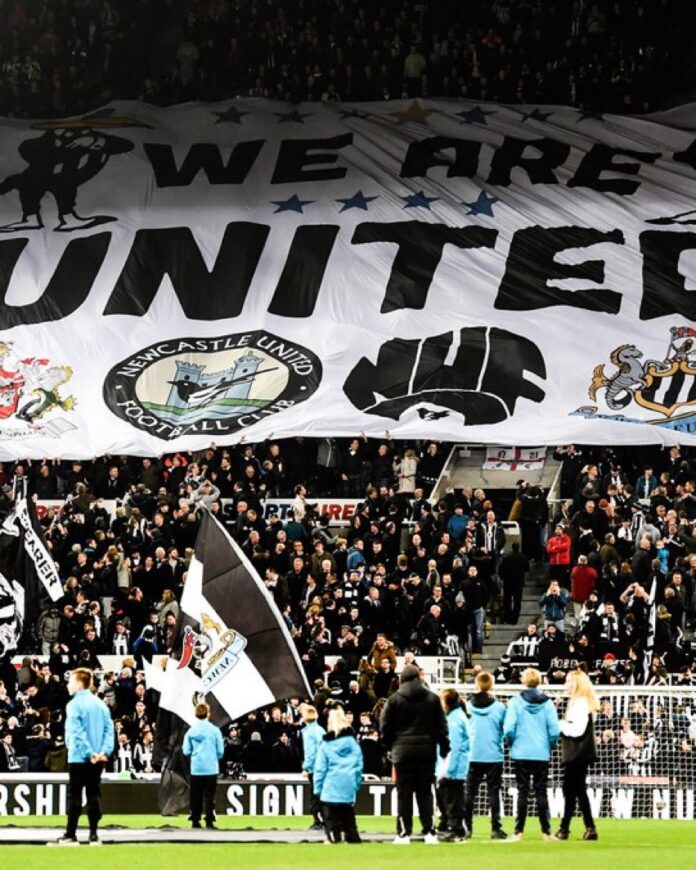 Newcastle United has been officially purchased by Saudi Arabia for £305 million, with the promise of returning the club to the Champions League.

Mike Ashley’s 14-year reign at St James’ Park has come to an end, and the club is now owned by the wealthiest supporters in football.

The Geordie club is now entering a new era, which, given the wealth available from the Public Investment Fund of Saudi Arabia, will see United once again mix it with the elite.

Newcastle supporters have hailed the deal, which was secretly revived in recent weeks, as transformative for the club and, potentially, the North East region.

The Premier League issued the following statement: “The Premier League, Newcastle United Football Club, and St James Holdings Limited have today settled the dispute over the club’s takeover by the consortium of PIF, PCP Capital Partners, and RB Sports & Media.”

“With immediate effect, the club has been sold to the consortium following the completion of the Premier League’s Owners’ and Directors’ Test.”

“The legal squabbles centered on which entities would own and/or control the club following the takeover.”

“All parties have agreed that the settlement is required to end the long period of uncertainty for fans regarding the club’s ownership.”

“The Premier League has now received legally binding assurances that the Kingdom of Saudi Arabia will not have a controlling interest in Newcastle United Football Club.”

“All parties are pleased to have completed this process, which provides Newcastle United Football Club and their fans with certainty and clarity.”

The consortium’s main players issued a statement today expressing their ambition and commitment to Newcastle.

PIF Governor Yasir Al-Rumayyan stated, “We are extremely proud to become the new owners of Newcastle United, one of the most famous clubs in English football.” We’d like to thank the Newcastle fans for their steadfast support over the years, and we’re excited to collaborate with them.”

“This is an investment for the long term.” We are excited about Newcastle United’s future prospects. We intend to instill a unified philosophy throughout the Club, establish a clear purpose, and provide leadership that will allow Newcastle United to achieve great things in the long run.

“Our ambition is aligned with the fans’ – to build a consistently successful team that competes for major trophies and inspires pride around the world.”

“We look forward to a great future for Newcastle United,” said Jamie Reuben of RB Sports & Media. Newcastle is a fantastic city, which is why our family has long invested heavily in the area. It is a privilege to be a part of this great Club and its amazing fans.

“We will build a true community Club based on our family’s knowledge of the city and in accordance with our plans, which have been developed in close collaboration with Newcastle City Council to deliver long-term sustainable growth for the area.”

The Premier League’s lawyers worked all night to get the deal approved, and it was signed off on this morning, with the money deposited to complete the takeover.

Newcastle fans believe the club now has the financial clout, ambition, and expertise to re-enter the Premier League elite.

The agreement will be met with opposition. Crown Prince Mohamed bin Salman chairs the new ownership fund, the PIF.

Amnesty International will highlight Saudi Arabia’s human rights record, as well as the murder of Jamal Khashoggi, as evidence that they should not be allowed to use a Premier League club to “sportswash” the country’s reputation.

The Top-Paid Football Players in the World in 2021: Cristiano Ronaldo of Manchester United beats Lionel Messi of PSG to reclaim the top spot

However, the Premier League is ignoring the moral question and allowing commercial interests, such as the lifting of the ban on beIN sports in Saudi Arabia, to take precedence.

Amanda Staveley, who negotiated the deal more than two years ago, will join the Reuben brothers, who are also taking a 10% stake, as non-executive directors.

She will promise organic growth for the first five years, with an additional investment of up to £50 million.

Her first major decision will be about Steve Bruce’s future. Fans want him out, and having him in the dugout for the next home game against the Spurs a week from Sunday would be awkward.

The search for a new CEO to replace Lee Charnley is underway.