HomeSportMessi has hit the woodwork more than any other player in Europe’s...
Sport 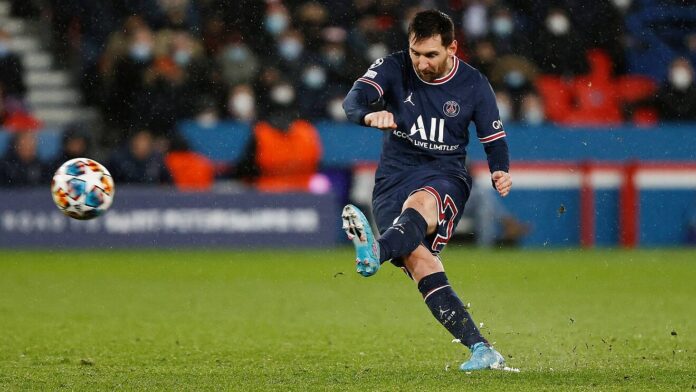 Lionel Messi hasn’t had the impact on Paris Saint-Germain that many expected when he arrived on a free transfer from Barcelona last summer.

Despite the fact that the Argentine has struggled to score at his normal rate in France, he hasn’t been far off.

No player in Europe’s top five leagues has hit the woodwork as many times as Messi this season.

Indeed, according to Opta, Messi has struck the woodwork more than any other player in Europe’s top five leagues this season, demonstrating how unlucky he has been in front of goal since joining PSG. Bryan Mbeumbo of Brentford is also not that far from the former Barcelona captain.

Eight of his attempts this season have hit the woodwork, leaving him disappointed, the most recent of which came on Sunday as PSG 3-0 at home against Bordeaux.

Paris Saint-Germain expelled the demons of Madrid by extending their unbeaten streak to 14 games at Parc des Princes with a convincing 3-0 whitewash over Girondins de Bordeaux, who have now conceded 68 goals in Ligue 1 – the worst of any side in the top five European leagues.

Messi has scored 2 league and assisted 10 in the French League this season.Hopefully Lionel Messi will be able to convert hitting the woodwork into goals as soon as possible.