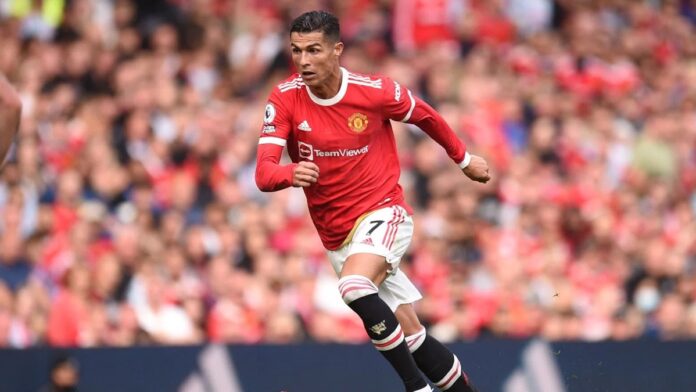 Man United ended a three-match winless run with a 3-2 win over Spurs on Saturday to get their push for a top-four finish back on track.

United have won only two of their last five matches at Old Trafford.

Atletico have failed to win just one of their last 5 in all competitions, that the first leg 1-1 draw with United last month.

Atleti have won their last two on the road, which is a boost for Diego Simeone’s side.

Nothing could separate the two teams at the in the first leg and this one may go all the way in Manchester.

Ronaldo’s hat-trick against Tottenham saw him score a FIFA record 807th career goal. 25 of which came against Atlético, only against Sevilla has he scored more.

Yet even he might play second fiddle early on. As João Félix has opened the scoring in four of Atlético’s last five matches. Including the first leg – each time within the first seven minutes!

Five of Man United’s last six games witnessed scoring in or after the 80th minute.

Rangnick has confirmed that Bruno Fernandes and Scott McTominay are both available for the welcome of Atletico. While Luke Shaw faces a late fitness test after the trio missed the 3-2 win over Tottenham.

Diogo Dalot should keep his spot at right-back at Aaron Wan-Bissaka’s expense. Though Victor Lindelof did start the first leg in Madrid.

Under pressure Harry Maguire scored an own goal against Spurs. But it would be a surprise to see him dropped for Tuesday’s game.

Yannick Carrasco is suspended once more for Atletico Madrid.

Angel Correa returned to fitness off the bench against Cadiz on Friday. But Diego Simeone is without no fewer than six players through injury here.

Simeone has supposedly been testing a 3-5-2 system ahead of Tuesday’s game with Antoine Griezmann partnering Joao Felix in attack.

There have been under 2.5 goals scored in Man Utd’s last 3 games (Champions League).

Man Utd are undefeated in their last 6 matches (Champions League).