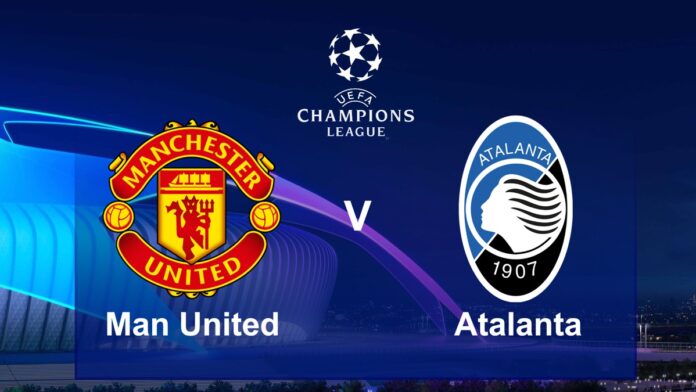 Manchester United’s fans have been on an emotional UEFA Champions League (UCL) rollercoaster thus far, with both of their group games ending in a 95th-minute winner (W1, L1).

The latter result (W 2-1 vs Villarreal) is, however, the Red Devils’ only win in their last five matches in all competitions (W1, D1, L3).

When the three-time European champions lost 4-2 to Leicester at the weekend, they surrendered a lead for the second time in as many games.

United have won six of their previous seven UCL home games against Italian teams, so this could be a good thing.

As the only unbeaten team in Group F, Atalanta are at the top of the standings. With a close 1-0 victory over Young Boys in the past round, Atalanta demonstrated that they can grind out results despite their offensive mentality.

After a 4-1 thrashing of Serie A opponents Empoli, ‘La Dea’ head to Manchester in a positive warm-up for this critical match.

Gian Piero Gasperini’s team has demonstrated that they are not scared to travel, winning five of their past seven UCL away matches while scoring 17 goals.

When you consider that the underdogs have won half of their previous six games against English opponents, the underdogs will fancy their chances of pulling off an upset in their first encounter with Man United.

Players to watch: Cristiano Ronaldo has 18 goals in 23 UCL games versus Italian opponents, with only German teams scoring more (28).

Duván Zapata, the visitors’ potential danger man, has assisted on two of Atalanta’s three UCL goals so far this season.

Atalanta has scored ten of their past eleven UCL goals in the second half.

Fred and Edinson Cavani arrived late from international service and were unable to play in Saturday’s 4-2 loss to Leicester, but will be hoping to play against Atalanta.

It wouldn’t surprise if Ole Gunnar Solskjaer dropped Harry Maguire here after admitting he hurried him back much too early against Leicester.

With Raphael Varane absent and Solskjaer’s reservations about Eric Bailly, he’ll be hoping for a better performance from his captain on Wednesday.

Amad Diallo and Anthony Martial are both out for Manchester United, although Marcus Rashford scored on his return on Saturday and might come in for Jadon Sancho.

Aaron Wan-suspension Bissaka’s has been reduced to one game, making him available to Ole Gunnar Solskjaer.

Atalanta’s defense is suffering from an injury crisis, with captain Rafael Toloi and Berat Djimsiti both ruled out for Wednesday’s match. Matteo Lovato, 21, could have to step in.

Hans Hateboer and Robin Gosens have also been ruled out, with Davide Zappacosta and Joakim Maehle poised to take their place.

Josip Ilicic will be looking for a start at Old Trafford on Wednesday night after his brace against Empoli.

In Man United’s last nine games, there have been more than 2.5 goals scored (Champions League).

Manchester United took the lead against Leicester on Saturday, but the Foxes fought back and eventually lost 4-2.

The pressure on Ole Gunnar Solskjaer has increased as a result of his two wins in seven games.
And they’re up against an Atalanta squad that appears to have found its stride.

The Italians have won four of their past six matches in all competitions and have yet to lose on the road this season.
Given their recent form, it wouldn’t be surprising if Atalanta returned to Italy with a positive outcome.

Expect over 1.5 goals to be scored.