In Afghanistan, a suicide attack on a Shiite mosque killed 47 people 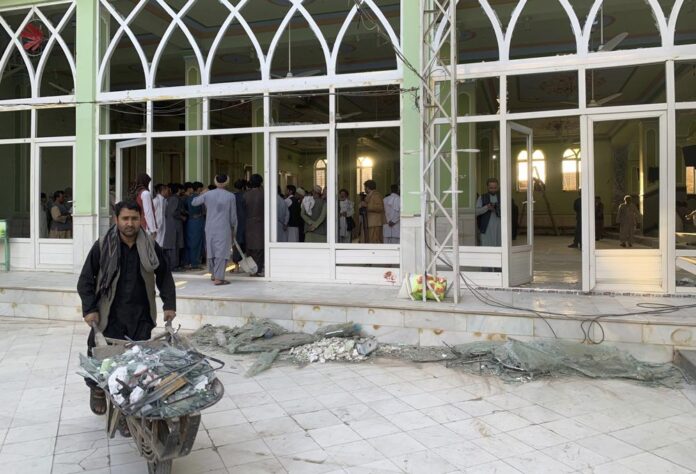 Suicide bombers attacked a Shiite mosque in southern Afghanistan packed with worshippers attending Friday prayers, killing at least 47 people and injuring 70, according to a Taliban official.

It was the bloodiest day since the United States’ military withdrawal.

There was no immediate claim of responsibility for the massacre at Kandahar’s Fatimiya mosque.

The attack came just a week after a bombing at a Shiite mosque in northern Afghanistan claimed by the local Islamic State affiliate killed 46 people.

The sectarian carnage has fueled fears that the Islamic State (IS), an enemy of both the Taliban and the West, is gaining a foothold in Afghanistan.

According to Hafiz Sayeed, the Taliban’s chief of Kandahar’s department of culture and information, 47 people were killed and at least 70 were injured in the attack.

Murtaza, who goes by one name like many Afghans, said he was inside the mosque during the attack and heard four explosions: two outside and two inside.

He stated that Friday prayers at the mosque are usually attended by hundreds of people.

Another witness, Murtaza, who was in charge of security at the mosque, claimed to have seen two bombers.

He claimed that one detonated explosives outside the gate and that the other was already inside the mosque among the worshippers.

He claimed that the mosque’s security guards shot another suspected attacker outside.

Body parts were seen scattered across bloodstained carpets, with survivors walking around dazed or crying out in agony.

The Islamic State group, which is made up of Sunni Muslims like Afghanistan’s ruling Taliban, regards Shiite Muslims as apostates deserving of death.

Since the Taliban seized power in August amid the withdrawal of US forces, IS has claimed responsibility for a number of deadly bombings across the country. In smaller attacks, the group has also targeted Taliban fighters.

If the attack was carried out by IS, it would be the extremist group’s first major assault in southern Afghanistan since the US’s departure allowed the Taliban to consolidate control of the country.

Recent attacks in the north, east, and Afghan capital have called into question the Taliban’s ability to counter the IS threat.

In a statement issued by its foreign ministry, neighboring Pakistan, which has urged world leaders to work with the ruling Taliban, condemned the “despicable attacks on places of worship.”

The Taliban have pledged to restore peace and security after decades of conflict, and have also assured the US that the country will not be used as a base for launching extremist attacks on other countries.

The Taliban have also promised to protect Afghanistan’s Shiite minority, which was persecuted during the Taliban’s previous reign in the 1990s.

Three People Are Killed In Explosions In An Eastern Afghan City