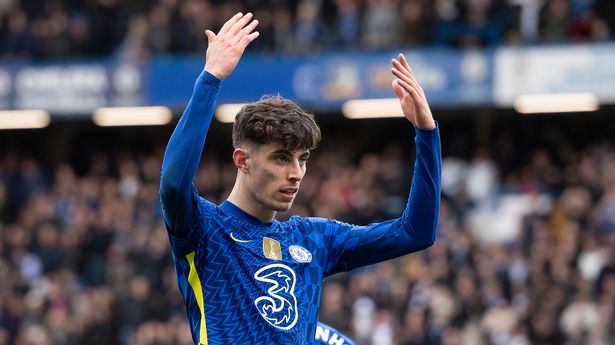 Chelsea fell to a surprise 4-1 home defeat to west London rivals Brentford on Saturday to end a six-game winning run.

These two met in the semi-finals last season, with the Blues winning the second leg at Stamford Bridge 2-0.

Real Madrid responded to their 4-0 Clasico defeat to Barcelona prior to the international break with a 2-1 win at Celta Vigo at the weekend.

Los Blancos have won their last three away matches, but did lose their most recent Champions League game on their travels, losing at PSG in February.

This should be a close encounter in west London that may end all square.

Chelsea’s big-game specialist Havertz has netted each of his last four club goals after the 50th minute and he’ll be trying to beat ex-Chelsea and current Madrid stopper Courtois. Who’s kept four clean sheets in eight UCL appearances this term.

Read more Real Madrid would have had a great player if they played Bale more, says Barnett

Tuchel is unbeaten as a manager both against Real Madrid (W2, D4) and Spanish opponents (W5, D4).

Ben Chilwell is Chelsea’s only absentee for the welcome of Real Madrid.

Christian Pulisic and Callum Hudson-Odoi will need assessing, neither are likely to start.

Thomas Tuchel reverted to a four-man backline against Brentford, but may use a three-man defence in midweek with Reece James featuring on the right.

Eden Hazard is Real Madrid’s only confirmed absentee, while Isco will be assessed.

Ferland Mendy and Casemiro are available following suspensions and should start at left-back and in midfield, respectively.

Marco Asensio is expected to start on the right flank, but Rodrygo is also an option for Carlo Ancelotti.

Chelsea have won 5 of their last 6 matches (Champions League).

Real Madrid have won 5 of their last 6 matches (Champions League).

Chelsea have scored at least 2 goals in their last 4 matches (Champions League).

Real Madrid have scored at least 2 goals in 5 of their last 6 matches (Champions League).