HomeSportBenzema: ”The penalty by me was cold blooded”
Sport 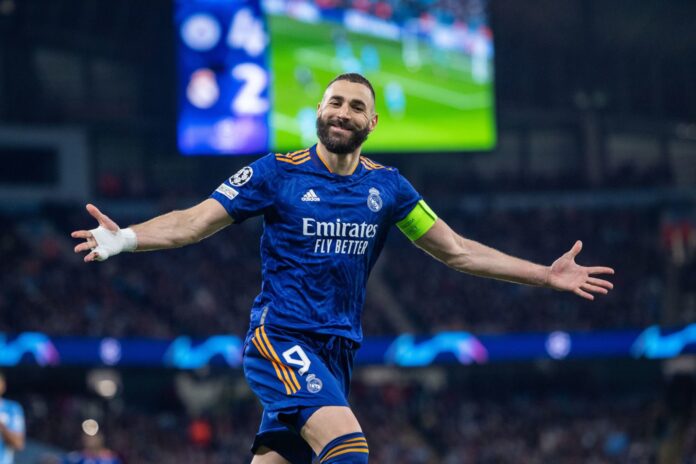 With two goals against Manchester City, Karim Benzema has all but won the top scorer title in the 2021/22 Champions League.

With two crucial goals, the Frenchman kept Real Madrid’s hopes alive. The first was a superb half-volley, and the second was a classy penalty, a cheeky dink down the middle.

With his brace against Manchester City, the French striker now has 14 goals in the competition, nine of which have come in the knockout stages.

Karim Benzema spoke to the press after his brace against Manchester City.

Karim Benzema: “Goalkeepers are studying my penalties, I changed. This one was more cold blooded.”

He added: “We are very excited about this Champions League and the important thing is that we never give up.”

He continued: “We will need our fans at the Bernabeu more than ever before.”

He was then asked if he will like to win the Balon D’Or. He responded: “Ballon d’Or? I want Champions League and La Liga.”

Ancelotti: “We never thought about changing the penalty taker (after Osasuna). I didn’t know where Benzema would have shot the penalty, I was surprised.”

He added:”Benzema played a great game, like always. His penalty has been amazing.”