HomeSportBenzema now has 41 goals in 41 matches and the Champions League...
Sport 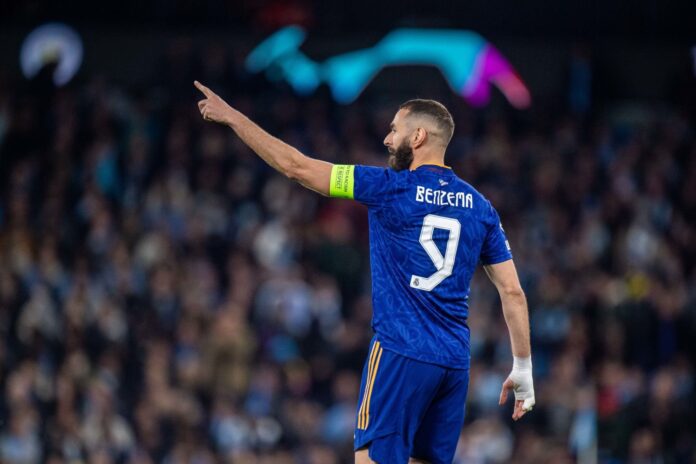 Benzema is the Champions League top scorer, surpassing Lewandowski with 14 goals in the competition.

Real Madrid’s Karim Benzema continues to make history. He tied Paco Gento for the most games in a Real Madrid shirt against Manchester City.

He equaled another Los Blancos icon with 600 appearances, and he finished the occasion with two goals. His goals at the Etihad Stadium brought his season total to 41 goals in 41 games.

In the Champions League, however, he is having his greatest season. He has already scored 14 goals in the competition this season, overtaking Bayern Munich’s Robert Lewandowski.

Benzema, unlike the Polish striker, can still add to his score. As a result, Karim will win the Champions League’s top scorer award for the first time in his career.

In the Champions League, we’re also aiming for the Pichichi.

Benzema is without a doubt the most influential player in the Champions League this season, making him a strong contender for the Ballon d’Or, which will be presented in June.

The fact that nine of his 14 goals have come in the knockout stages, in addition to the five he scored in the group stage, demonstrates this.

Benzema scored three goals against PSG to win the tie, three more against Chelsea in the first leg, plus the game-winning goal in the second leg, and two more against Manchester City on Tuesday.

He is the club’s second player to do so in the twenty-first century, behind the Portuguese. He also tightens the distance on Raul as the club’s second-highest goalscorer, with 320 compared to the former captain’s 323.