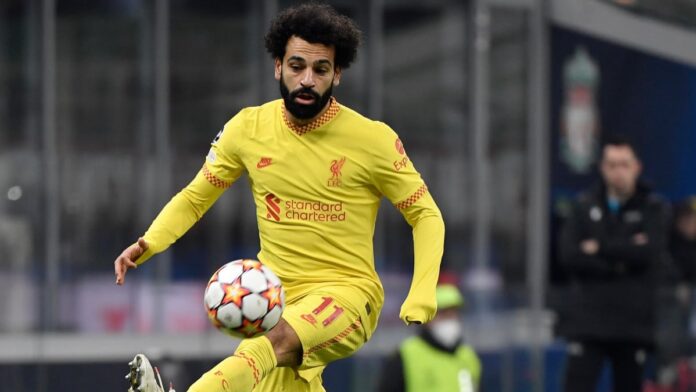 Benfica vs Liverpool Champions League Match Prediction, Preview, Team News, Injuries/Suspensions, How to Watch, Where to watch and Tv Channels.

Benfica sprung an upset to book their quarter-final spot as they beat Ajax 3-2 on aggregate to set up a meeting with Liverpool.

The Portuguese side are unbeaten in five at home, but have won just three of those, and come into Tuesday’s game on the back of a 3-2 loss at Braga.

Liverpool have won four on the trot after Saturday’s 2-0 win over Watford.

The Reds have lost only once in 2022, that coming against Inter in the last-16 at Anfield as they gear up for their first meeting with Benfica since 2010.

Liverpool have been excellent on their travels of late and should extend their away winning run to eight games at Benfica’s expense.

Benfica’s Darwin Núñez has netted three of his four UCL goals this season past the 70th minute.

While Liverpool’s Mohamed Salah has found the net during the UCL quarter-finals away leg in three of the last four seasons.

Lucas Verissimo and Rodrigo Pinho remain sidelined for the Portuguese side.

Adel Taarabt was a doubt for Benfica’s 3-2 defeat at Braga and having played no part, he will need assessing here.

Nelson Verissimo is expected to bring Darwin Nunez back into the starting XI after the Uruguayan impressed from the bench on Friday.

Joel Matip played the second half of Liverpool’s 2-0 win over Watford with a headband after sustaining a nasty bump to his head, though having played the full 90 he should be OK to start on Tuesday.

Trent Alexander-Arnold should reclaim his right-back spot having been an unused sub at the weekend.

Fabinho, Luis Diaz and Sadio Mane may all return to the starting XI here.

Curtis Jones and Naby Keita were concerns for Jurgen Klopp, but the Reds boss has confirmed he has no injury issues.